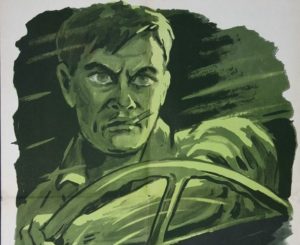 Why You Need to Hire Experienced Chicago DUI Defense Attorney

Chicago DUI Defense Attorney focuses in defending DUI cases in the Greater Chicago Area and all over Illinois. Thus, he understands that if the state charged you with DUI, you can easily lose your driver’s license, your ability to travel, your job and financial independence.

Today, Illinois law severely punishes for felony DUIs. In Illinois, courts punish people for DUI harsher than for many other felony offenses. For example, if you had 2 prior DUIs in the past, the state can charge you with a felony. Next, if it is your first DUI and you did not have a valid driving license at the time of the offense, the state can charge you with a felony DUI as well. Chicago DUI Defense Attorney Tikhvinskiy believes that it is extremely cruel and unjust punishment for people who recently arrived in the United States and do not have USA driver’s licenses. Therefore, if you are the state charged you with DUI, you could face jail or prison time, hefty fines and lose your license for many years.

How Much You Can Drink and Drive

Every driver could see road signs all over Illinois. Those roads signs show that the legal limit in Illinois is 0.08. It looks like a pretty straightforward rule. However, it is not true! Under Illinois law, prosecutors can charge you with DUI even if the alcohol concentration in your breath is in excess of 0.05 but lover than 0.08. Chicago DUI Defense Attorney represented clients in cases like this. Therefore, now, you could see how complicated Illinois DUI cases are.

However, criminal case is not the only problem that you have to deal with. Additionally, if you are charged with a DUI, the Secretary of the State suspends your driver’s license. Thus, this is a separate problem from your criminal case that you must fight. Thus, without professional legal help of Chicago DUI Defense Attorney, you driver’s license will be suspended after your first DUI. Moreover, you will have to pay for the installation of a breathalyzer in your car. Illinois law requires the installation of an interlock device on all your vehicles at your own cost even after your first DUI. As you could see, it is a bad idea to represent yourself in license suspension procedures. This is an extremely complicated process that is completely different from your criminal DUI case. Therefore, you need to call Chicago DUI Defense Attorney to guide your through this process.

Chicago DUI Defense Attorney always negotiates from the position of strength. First of all, he aggressively fights prosecutor and judges at every step of the case to get the best result for his client. Next, DUI cases always include the combination of legal and scientific issues. Moreover, DUI cases are fact specific. Usually, DUI cases involve different sobriety tests that Chicago DUI Defense Attorney can challenge. Often, that allows to file different motion to show critical flaws in a DUI case.

First, Chicago DUI Defense Attorney seeks a dismissal of your DUI case. If that does not work, he fights for reducing charges or getting for you a deal that would not result in criminal conviction and license suspension. Finally, he takes most complicated to trial. At trial, you will need an aggressive and experienced attorney who knows how to defend people in DUI case and could beat the State’s case.

Regretfully, there are too many lawyers who did not have enough experience and training to represent people in complex DUI matter. Do not put your future at stake. Call Chicago DUI Defense Attorney to schedule a free initial consultation. First consultation is always free. Additionally, Attorney Tikhvinskiy works hard to charge his clients reasonable prices. As a result, you will pay only $999 for a first DUI in legal fees!